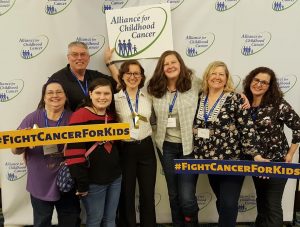 Thanks to our donors Micheal, Tammy and Tacey were able to attend the Alliance for Childhood Cancer’s Advocacy Day this past April!

It is people like the Raulerson’s who continue to share the responsibility of making sure our legislators know about the serious impact childhood cancer has on youngsters and their families.

As usual, our trip began with its our normal hiccups and bumps.  Also, as usual, God had it all worked out.

Our first flight got cancelled and we were rescheduled to fly out of Houston in the evening.  That meant us arriving in D.C. very late at night.  In fact, we were so late the hotel shuttle had stopped running.

We left Houston in 80° weather and arrived in DC to 47° weather!  Thankfully, I had packed our jackets and travel blankets in our carryon bags!

As most of you know, our family rarely goes anywhere without making new friends.  Having been a teacher of world geography, I am curious about learning more about people when I hear accents.  Of our 5 cab rides while in DC, we learned more about Afghanistan, Ethiopia, Laos and Sierra Leone.  It was fun to make conversation with the drivers.

Even though we got very little sleep due to such a late arrival, our Tuesday training was great!  It was hard to settle down and sleep because we knew 2 of our very best friends were in the room next to us.  They came to represent South Carolina.  It had been 2 years since we had seen each other, so we were so excited to be reunited Tuesday morning!!

Not only did we meet important leaders in childhood cancer awareness and research, we also heard from vital leaders in health care organizations.  We especially enjoyed getting to know so many from other states and from Texas!  Not that I am biased or anything, but our contingency from Texas was exceptional!

One of the members of our team was a 12-year-old and his dad from Houston.  As we talked, he and Tacey realized they had the same oncologist and had several common friends.  Another member was a senior biology student at A&M.  We also had friends in common with him.  Again, it felt like a small world.

Training was so informative, interesting and important.  We were updated on all the imperative points and notes we needed to share with the legislators.

After traveling and getting to the hotel in the early morning hours, the day began to be a little long and overwhelming for Tacey during lunch.  She needed a break and went up to the room to rest.  Just as I was about to text her to come back to the training, she sent me a text letting me know she was headed back down.

This may not seem like much to a lot of you, but to me it was huge.  In a very unfamiliar environment, a large city full of strangers, etc., Tacey took the initiative to leave the hotel room, find the elevator and return to training without us assisting her.  She is very independent and self-reliant, but being in an environment like this can be unsettling to most! [Editor’s Note: Tacey has a visual impairment.]

After a long day of training, we and other families were treated to dinner by St. Baldrick’s Foundation.  Tacey has been an ambassador/honored child for St. Baldrick’s since 2007.  It is an amazing foundation.

Wednesday was our big day on Capitol Hill.  It started early with the bus ride to the Hill and a group photo.  We took a few minutes to take small group photos, too.  Then, we took off to our first meeting.

While waiting to get through security at one of the building of House offices, we saw Secret Service rush to set up a perimeter as Secretary of State Pompeo exited a car and entered the building.  Later in the day, we were asked to step aside in a hallway of another House building.  As we moved to the side of the hallway, we saw security escorting the Joint Chiefs of Staff.  Yes, these things were surreal.  They also happen so quickly you don’t think to grab your phone to snap photos!

Thankfully, we had a lobbyist from DC helping us get from one place to another.  At one point, I think we took some short-cuts in the tunnels under the House buildings that weren’t necessarily open to the public!  LOL

We met with legislative leaders from 5 of our Texas congressmen’s offices.  Everyone we met was very gracious, listened and gave us great hope for the future of childhood cancer research.

Hearing Tacey and the other 2 childhood cancer survivors in our group share their stories with these critical people was so moving for all of us, but especially for those we were meeting.  We also had 2 moms who shared the stories of the passing of their children from childhood cancer and its complications.  One particular story brought my emotions to the surface as I realized we had been in the hospital and on the cancer floor the day the young girl passed.  I vividly remember praying for the family at the time!

Being part of this type of advocacy and awareness was energizing, inspiring and empowering!  It was an incredible experience we will never forget!  It was also something we want to continue!

We wrapped up a successful day with pizza in the hotel room with our friends.  It is a good thing it was in the room closest to the elevators and our room on the other side since we laughed and talked and laughed until after midnight!

We had plans to visit the Holocaust Museum and the National Zoo the next day, but Tacey’s health decided to give us a scare in the middle of the night.  Everything turned out to be okay, but our plans had to be postponed until the next time we get to travel to DC.

It is hard to put into words the true effect of the trip on our family.  It was surreal, empowering, encouraging, inspiring and so much more.  We are so thankful we made the trip and participated in something so monumental!

Without the very generous help from family, friends and cancer organizations this trip would not have been possible.  Itis only because of so many people’s help it happened.

Just to remind everyone of God’s hand in everything… We had some emergency issues come up the week before we left.  Those emergencies used all of our savings and what we had set aside in case our expenses were over what we estimated.  We had a debit card with our money for food and other incidentals.  We returned home with $0.61 on that card!  As always, God was in control! 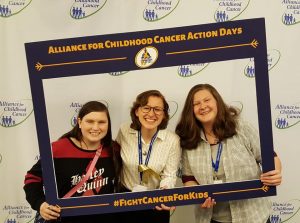 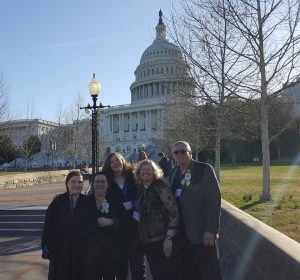 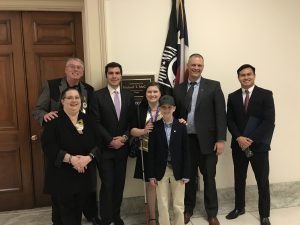 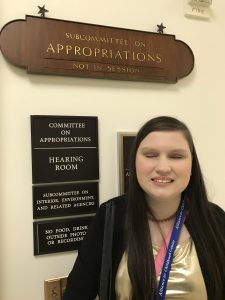