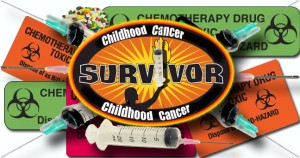 Although everyone in our Childhood Cancer group is trying to survive, this contest is not like the TV game show where everyone is reasonably healthy and one lucky person wins a million dollars if they are the lone survivor. Every day, 36 children randomly fall into the battle to survive cancer. In this survival contest, not everyone gets to go home, most that do survive will never be completely healthy, and the only mention of a million dollars comes when we are discussing hospital bills for a large number of the children. The average hospital bill for children with cancer is approximately $40,000 per day for each day of hospital confinement.

For the most part, childhood cancer, unlike some adult cancers, is not preventable. No one has actually found the cause. Many people chalk it up to a cell division lotto where a single cell divides incorrectly during the normal process of cell division that takes place millions and millions of times in a child every day. The National Cancer Institute (NCI) explains it this way, “Environmental causes of childhood cancer have long been suspected by many scientists but have been difficult to pin down, partly because cancer in children is rare and because it is difficult to identify past exposure levels in children, particularly during potentially important periods such as pregnancy or even prior to conception. In addition, each of the distinctive types of childhood cancers develops differently—with a potentially wide variety of causes and a unique clinical course in terms of age, race, gender, and many other factors.”

For the purposes of this study, we will follow an average group of 36 kids, ages 5 days old to 15 years old, that were diagnosed today. Thirty six kids in the United States are diagnosed each every day of the year. Using known statistics, we will look into their future for the next thirty years of their lives.

Twelve to fourteen of our 36 kids may be trying to survive a form of blood cancer. Leukemia is the one most people know about. The most common type of leukemia in children is acute lymphoblastic leukemia. NCI defines it as, “an aggressive (fast-growing) type of leukemia (blood cancer) in which too many lymphoblasts (immature white blood cells) are found in the blood and bone marrow.” See the chart at right for the other types of leukemias. Lymphomas are another type of blood cancer. This type of blood cancer actually forms a tumor. The most common is intermediate (aggressive) and high-grade lymphomas. While they are fast growing, they respond the best to intensive chemotherapy.

Six to eight of our study group may have brain tumors. NCI reported that the most common solid tumors are brain tumors such as gliomas and medulloblastomas. Brain tumors are the most difficult to cure. Radiation to a child’s brain can significantly damage cognitive function, or if radiation is given at a very young age, limiting the ability to read, do basic math, tell time or even talk. DIPG* which kills 99% of its mostly five to nine year old victims, will claim one of this group of 36. The average survival is only nine to ten months from diagnosis.

Eight to ten children may have other solid tumors know as neuroblastomas (attached to the nervous system), Wilms tumors (kidney), and sarcomas such as rhabdomyosarcoma (soft tissue, muscle), Ewings sarcoma, and osteosarcoma (bone) which is less common.

Dana-Farber Cancer Institute lists 42 types of childhood cancer. With genomic sequencing, more and more subtypes for these 42 cancers are being discovered every day. With personalized treatments using subtypes, our oncologists are dealing with a new era of cancer treatment. The remaining number of our “Survivor Tribe” could easily have any of the 20 other cancers not mentioned so far.

Most, if not all, of our group will receive some type of chemotherapy, radiation therapy, or surgery. You hear people talk about cutting, burning and poisoning our kids in order to try and save them. Parents don’t know what to do. Most feel so guilty using the only cures available, but continue on in hopes that they will beat the odds. A large number of children will require a Bone Marrow Transplant (BMT) and it has its own set of adversities which with survivors will have to live with. One problem with the BMT is that it may cause deafness depending on the age and circumstances of the treatment. Today, we have no other choice but to follow the best path our oncologist recommends.

Now that we have met our participants and have some idea of the make up of this group and what cancers they will encounter, it’s time to look at their future. Keep in mind that this is a daily group of US children we are watching, a new group, similar to this one, appears in hospitals in the US each and every day, 365 days a year.

Five of our 36 children will die within a few months to within five years of diagnosis. Some enter the hospital and never return. They die from the cancer and/or from the treatment itself. When you add teens to age 20, this number grows to 7.

Five more will die in 6 to 30 years. Often, they develop a second type of cancer caused by the treatment they received with the first cancer. Sometimes the same cancer returns, but always with a vengeance. When you add teens to age 20, this number grows to 6. It is estimated that children in the above two groups (10 to 13 children) lost 67 years of life each, compared to 16 years of life for breast cancer victims which is more publicized and much more highly funded.

Seven will survive at least 30 years, but will suffer life-theatening or disabling chronic health problems. Heart transplant, cardiac arrest, kidney transplant, and cognitive deficit disorders are just a few of of the many serious health problems in this group. A large number of these are suffering as adolescents and young adults (AYA)**.

Ten will survive at least 30 years and will not suffer chronic health conditions. If you add teens to age 20 this number shrinks to only 8. The average age of this group is only 38. Keep in mind that if a child was two years of age at the time of diagnosis, they would only be thirty two and would still have plenty of time for a chance of major health issues occurring that could be tied to their cancer treatment.

A much more detailed analysis for each of the above conditions or situations can be found on the People Against Childhood Cancer website, or on the American Childhood Cancer Organization website.

First of all, let me acknowledge that any parent of a child lost to cancer would consider all the rest of the childhood cancer survivors as lucky winners compared to their unimaginable loss, and I would have to agree with them. However, when you consider what each of the survivors go through over their short lifetimes and the fact that they constantly live in the shadow of cancer’s return and will continue to do so for the rest of their lives, it is much too difficult for the writer to label any of them, or any other child affected by cancer, as a lucky winner. 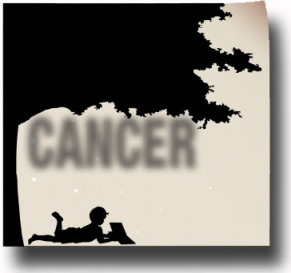